We did the milk experiment as an ignition for Writing 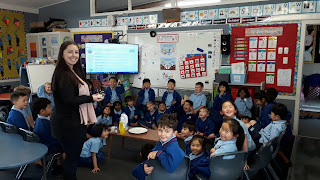 We started off by putting milk on a plate. Then we added drops of food colouring. 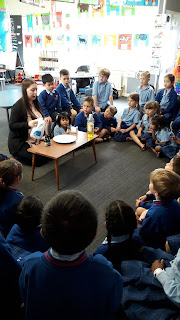 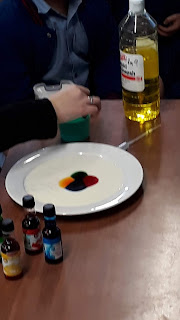 Miss Bycroft put some washing up liquid onto a cotton bud and dipped it into the milk. The milk looked like it was running away from the cotton bud! 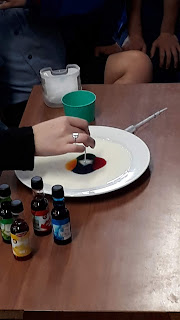 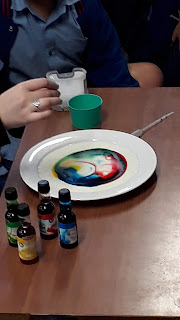 It was very colourful.
The science behind this experiment is...
The dish soap does not mix with the milk. Instead it floats on top and spreads over the surface. As it spreads, it grabs the food colouring. Soap is a "degreaser" so the molecules in it are attacking the fat in the milk, causing motion which creates the swirling of the colours. 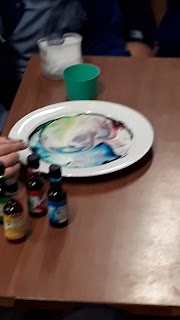 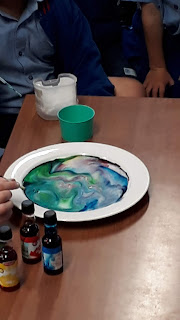